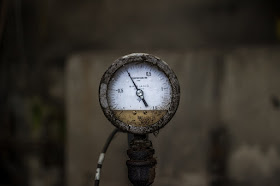 In this opposition appeal, the novelty of claim 1 is discussed, which reads as follows:

Of particular interest is the highlighted part: the Board deliberates whether this implies an actual technical limitation of the system, or merely pertains to a particular use of the system.

The Board considers the answer to lie in the specification: "the skilled person will need to interpret the claim by seeking to understand how the claimed pressure relationship is achieved in the rest of the specification".

Reasons for the Decision
1. The appeal is admissible.

In its communication in preparation for the oral proceedings the board gave a preliminary opinion regarding this issue. In particular it stated the following:

The division found the subject matter of claim 1 to lack novelty with respect to D2.

It appears to be common ground that D2 discloses a life support system for an aircraft that combines a first oxygen supply for providing a limited supply of pure oxygen gas (page 4, line 33) to a breathing gas supply apparatus and a second durable oxygen-enriched gas product supply apparatus (i.e. lower oxygen concentration, page 4, lines 13 to 16) .

The appellant disputes the appealed decision's finding regarding the last claim feature, "product gas supplied at a pressure higher than that at which the first product is supplied". The decision held that the life support system of D2 was operable in this manner.

In accordance with established case law, the generic cannot take away the novelty of the specific. The disclosure of a range of values discloses the end points, but normally not each intermediate specific value in the range. Thus, in the present case, the range "below 3 bar" is not a disclosure of, for example, specific pressure values below 2.5 bar, the upper limit of supply pressure for the second gas. Thus the Board is of the opinion that there is no direct and unambiguous disclosure of supplying the second product at say 2.5 bar whilst supplying the first product at say 2.4 bar. Even considering the statement of supplying the first gas at less than three bars to define a range including a theoretical lower limit of 0 bars, which is lower than both the upper and lower end points of the pressure range for supplying the second gas (1.5 to 2.5 bar), the Board considers that the skilled person would not read this as a pressure at which the first gas could be supplied. Thus, in the Board's opinion, none of the possible combinations of specific pressures disclosed in D2 conform to the pressure relationship claimed for supplying gas products. Nor does the Board consider that D2 discloses any such relative pressure relationship in generic terms. Lastly both gasses pass through a pressure regulator 24 before being supplied to users (page 5, lines 8 and 9). D2 is silent as to how pressure is regulated for the two product gasses. Thus the Board agrees with the appellant that D2 does not directly and unambiguously disclose that product gas is supplied at a pressure higher than that at which the first product is supplied. This feature pertains to the use or operation of the claimed life support system. Though it is true that a claim to a system (or device) can validly include a use (or method) feature, it will nonetheless need to be discussed whether and to what extent such a feature represents a clear delimitation of the claimed system (or device) in particular with the aim of establishing novelty over the prior art".

3.1 As is apparent from the above, in the Board's preliminary opinion the question of novelty vis-à-vis D2 hinged on whether or to what extent the last claim feature "wherein the second product gas is supplied at a pressure which is higher than that at which the first product gas is supplied to the breathing gas supply apparatus", relating to the use of the apparatus, delimits the claim with respect to D2. In their letters announcing their non-attendance at the oral proceedings, neither the appellant nor the respondent addressed the Board's provisional comments. It is therefore incumbent on the board to do so. In so doing it assumes that its provisional position regarding D2 is correct; absent any comment from the parties in this regard it has no reason to deviate from this earlier position.

3.2 Claim 1 is directed at a system, whereas the final claim feature sets out a pressure relationship between these first and second product gasses to be applied when the system is in use.

As explained above, the first, limited, gas supply apparatus is pressurised oxygen in bottles 10 (see figure 1) whereas the second, durable supply, is continuously produced by a molecular sieve oxygen generating system 15 (MSOGS) (see specification, paragraph [0022]). Paragraph [0013] explains the invention to be based on the concept of, inter alia, supplying the second supply gas at a higher pressure than "would be used for the supply of more highly-enriched product gas". This implies that the actual pressure generated by the second supply system can be adjusted. In other words, it is not an inherent property of the system but a matter of operational settings. By the same token, delivery of the first gas product is by way of a flow control valve 11 (patent specification, paragraph [0020], figure 1). Thus the pressure of gas supplied to the breathing gas supply apparatus on line 12 depends on flow control valve settings, rather than being an inherent property of the system. Finally, to ensure only one breathing gas is supplied to line 12 at any one time, so that different pressures of the two sources can be accommodated, the second source is connected to the line 12 via an on off valve 18 and the flow control valve 18 can be turned off, or an additional non-return valve provided (see specification, figure 1 and paragraphs [0022] and [0026]).

Therefore, in the Board's view, the skilled person will interpret the last feature of claim 1 to mean that the system can be operated to deliver breathing air at the claimed pressure relationship (emphasis added by the Board), for example by appropriate choice of operating settings and by connection of the first and second sources via on/off valves. Thus the claimed system is not one that, when in use, always and inevitably provides breathing gas at the pressure ratio defined in the last claim feature. Rather it is a system that is merely capable of so doing. Consequently, whether or not a prior art document discloses any specific examples of a system operating under such relative pressure conditions plays no role in the assessment of novelty. It must merely be considered whether or not such a system is capable of so operating.

3.3 Turning now to D2 and with the above interpretation of the claim in mind, the Board considers that the life support system of D2 can likewise be operated to provide the pressure relationship defined in claim 1.

D2, Figure 1 shows the arrangement of the life support system. A first product gas is provided from bottles 18, and a second product gas from the oxygen concentrator 2. Both are connected via three way valve 14 and pressure regulator 24 to the breathing gas supply apparatus, lines 20, 22 and masks 23.

3.4 The first product is stored in bottles 18 at a pressure of more than 110 bars, from where it is supplied via a pressure regulator/expansion device ("régulateur/détendeur"; not shown) in a line 16 to the breathing gas supply apparatus line 20 at a pressure of below 3 bars (figure 1, page 4, line 29 to page 5 line 3).

In the context of a device for reducing pressure of gas leaving a gas bottle, the usual meaning of the term "regulator" is a device which can be adjusted to maintain a desired pressure at its output port. The skilled person thus understands the above passage of D2 to disclose a pressure regulator on the line 16 that can be adjusted to maintain any pressure below 3 bar at the supply apparatus line 20 when supplying the first product gas from the bottles 18.

Because first and second products are delivered via the three way valve 14, with its common output line 20, gas is separately supplied from the one or other source, so can be supplied to the breathing gas supply apparatus at different pressures.

Therefore, whatever role the pressure regulator 24 in the supply line 20 may play (cf. page 5, lines 8 to 11, figure 1), since the pressure regulator in the line 16 allows the first supply gas to be regulated on the breathing gas supply apparatus line 20 to any pressure below 3 bar, thus also to below the lower range limit for supply of the second product gas (1.5 bar), the system of D2 can, by appropriate choice of settings, be operated to deliver air according to the claimed pressure relationship (second supply gas pressure is higher than first supply gas pressure).

In the light of the above, the Board considers that document D2 discloses all the features of claim 1. It follows that the ground of opposition based on Article 100 (a) EPC with Articles 54(1), 54(3) and 52(1) EPC (lack of novelty), prejudices the maintenance of the patent as granted. The Board thus confirms the decision's findings in this respect (cf. reasons, section 2.2).

For these reasons it is decided that:

The appeal is dismissed.